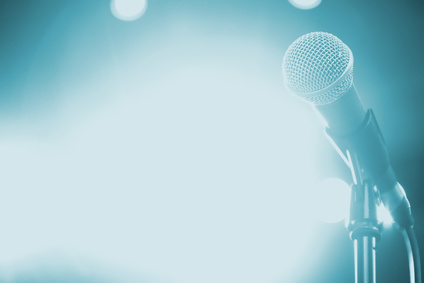 Why Am I Doing This?

It’s the beginning of another week, and here we are at day 10 of the 31-Day Blog Challenge. For those of you who have been following and reading right along, thank you. I’ve gotten a lot of great feedback since I began this. And for those of you who are just joining me, again, welcome.

I have decided to take on this challenge in a giant effort to make more time writing my own content, to improve my writing skills and creative thinking, and to boost my own personal branding.

If I were to follow the 31-Day Blog Challenge topic outline to a T, today’s blog topic would have been: “My First Celebrity Crush”. But since I’m not 14 years old, I decided to put my own spin on this and talk about my first inspiration.

I was a late 80s/early 90s kid. I grew up listening to Selena, Madonna, Janet Jackson, and Pat Benatar. Through years of singing in the shower, in my room, in my car, and on stage, I only wanted to be one thing when I grew up: a singer.

I Was a Band Geek, and I’m Not Afraid to Admit It…

I first fell in love with music at age 10. I first took clarinet lessons in fifth grade, and played in my school band. I continued through middle school, high school, and even some college. I marched in parades, played in competitions, conducted the Star-Spangled banner at football games, basketball games, performed in at least six concerts a year, and even won awards.

My interest and my extreme love and passion for music only blossomed as I got older. And I took my singing performance in the shower to the stage—front and center. I got involved in chorus in high school, college, and even sang professionally for several years in my mid-20s.

And, let me tell you, here I am writing this to you in my early 30s, there is absolutely no greater feeling on this earth than performing in front of an audience.

One Chance, One Choice…

So would I say that I regret my life choices or that I would go back and do it all differently if I could? Never. I’m very happy to be where I am today, and I wouldn’t change my life for a second. And as sure as I am writing this right now, I truly believe I was meant to be right where I am today.

But inspiration starts from somewhere. And if I were to be granted ONE chance to do one more thing in my life, I would sing.