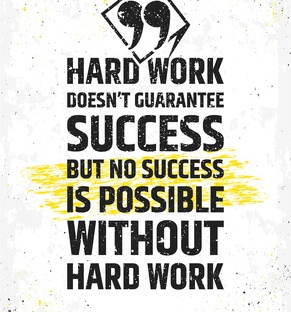 We are a consumer nation. If we want or need something, we either visit our favorite online shopping site or visit the grocery or convenience store around the corner. We are lucky enough to have the ability to get anything we want. And thanks to technology, we now have more options than ever before.

Although many of us now take our digital devices or the simple little things we use every day for granted (like a toothbrush), the truth is we should be thanking an entrepreneur. From the cheeseburger to the jet engine, everything once began as an idea, and through persistence, determination, and hard work, those “ideas” are now part of everyday lives and continue to shape our future.

In 2010, Entrepreneurship Day became a day that is devoted to the celebration of the men and women who have created an empire from absolutely nothing. Today, there are more entrepreneurs in America than ever before. Entrepreneurs who began with an idea, a passion, and a mission to continue to make a difference.

The Entrepreneurs of Today

When we think of some of the greatest entrepreneurs of our time, we often think of Steve Jobs, Mark Zuckerberg or even Walt Disney. And among the women, although some of these may not be as well known, Melinda Gates, Co-chair of the Bill & Melinda Gates Foundation, which focuses on the reproductive health of women in developing countries; Elizabeth Holmes, the world’s youngest self-made billionaire dedicated her time to establishing her own blood testing company, Theranos; and, of course, Oprah.

The Battle of the Sexes – Investing in Women-Owned Enterprises

Just at looking at these few examples, it is clear that men and women invest in very different opportunities and avenues as entrepreneurs. The majority of male entrepreneurs develop a product, such as technological device, application, software, social media platform, and so on. Female entrepreneurs are more likely to dedicate their time to establishing a cause, a nonprofit organization or something they can put their hearts into.

This could be because of two reasons, which may only be partially speculating. First, it is a proven fact that the majority of men are more technical, analytical, and scientific than women. Of course, this isn’t true 100% of the time; there are a number of female doctors, politicians, scientists, biologists, etc. who are just as successful – if not more successful – than men. But, unfortunately, stereotypes and gender roles still somewhat exist…

Secondly, investing in the development or build of a product often requires substantial capital. Because traditional lending institutions are no longer a reliable means of financial support or a cost effective option due to sky-rocketing interest rates, many entrepreneurs have looked towards investors to raise startup capital.

However, statistics will show that in the world of startups and venture capital men are more likely to find the necessary capital and resources to launch a startup than women. In fact, according to an article recently published by the University of California, women only receive approximately 7 percent of investor money. As a result, there are a number of new programs that are available that help women-owned enterprises find sufficient funding, particularly in the California area.

How I Became an Entrepreneur

Yes, I myself am a female entrepreneur, so I admit to some of my biased attitude when speaking about the differences and the pay gap between men and women, but I don’t deny that being an entrepreneur – man or woman – isn’t hard. It is. I will quote Tom Hanks from A League of Their Own, when speaking to a team member of the all-female baseball team he managed, “…It’s the hard that makes it great.”

I’ve always wanted to own my own business, even as a child. I guess my first glimpse into being an “entrepreneur” were the hours I spent playing “Rollercoaster Tycoon” a PC computer game produced and released by Atari and Activision in the early 1990s. Rollercoaster Tycoon simulated the management of an amusement park, and challenged the user with maintaining the daily issues and responsibilities as a business owners, such as finances, operating costs, building new rides, amusement park maintenance and even keeping customers happy – right down to offering their favorite ice cream.

As I got older, and my focus and goals shifted with the demands of working part time and being a full time student, my dream of owning a business never faded. If anything, it was closer to becoming a reality. I landed my first part-time job bussing and cleaning tables at a local restaurant at age 14. Once I was old enough to drive and saved up the bucks to buy my own car, I worked two jobs consistently straight through college. My jobs consisted of managing a small house keeping staff at a local motel to managing the books of a local plumbing company.

Even after college, through the pivotal struggle of my early to mid-twenties, I worked two jobs, just making enough to barely make ends meet. I had rent to pay, gas to put in my car, and food to put on my bare coffee table, food to put in my cats’ bowls, and my student loan repayment “grace period” was quickly coming to an end.

Finally, by age 25, I was so broke and in so much debt that I was borderline depressed. I was unhappy, unhealthy, and unable to sleep at night. I made excuses, and I found things or people to blame for what felt like failure. I felt like all my dreams of being successful and happy were all a lie…

But rather than continue in this debilitating and weak mind frame, I found an inner strength to fight for what was mine. It was time for a change – and I knew it…

By that time, I had landed my first job as an editor for a small production vendor in publishing. Then, in a desperate attempt to make some extra money, I began doing copy editing and writing on the side. It took me three months of marketing myself to land my first client. But after several months of working together on a regular basis, my one, small client turned into six clients. Six months later, I was “in business”. It was then that I realized that this was my chance. I saw a need and demand for someone with my talent and expertise, and thought, “hey… I can really do something with this.”

In the last seven years, I have successfully balanced a full time job and my own business. Each year my business turns a profit, and grows by approximately 20 to 30 percent. Not bad for a woman…

The Secret to Entrepreneurial Success

When people ask me what I do, and I explain that I’m a full time project manager for the biggest publisher in the industry, and that I also own and operate my own business, and somehow find time to participate on committees, exercise, maintain a household, and – you know – eat and sleep every day, I sort of jokingly respond that I have excellent time management skills.

As a project manager, time management and multitasking are two of my greatest strengths. However, I attribute my success to my determination, motivation, work ethic and incredible drive, and the “have no fear” attitude that helps me conquer just about any challenge.

The other secret to finding entrepreneurial success is (still) networking. One reason why so many entrepreneurs or startups fail before they can even get started is because they don’t recognize the value behind networking. I blame it on our digital age. In a society that relies on text messages, instant messenger, email or social media to communicate, our one-on-one interactions have suffered as a result.

Conversely, many successful entrepreneurs will tell you creating a customer-centric culture within your organization and focusing on building and maintaining those personalized relationships with customers is the best and tried and true way to build trust with customers and build up a rapport. This not only shows your audience and customers who you are as an entrepreneur but also build up your business’s reputation and brand.

So how do you build up your own customer base? In addition to persistence and patience, networking is key. In fact, according to a study by Forbes, 78 percent of startups believe that networking is still important to entrepreneurial success.

If you just groaned thinking about networking, think again. When I first started my business, I knew I would reach a point when I would need to expand my customer base. Four years ago I joined a local group of female entrepreneurs and women business owners to not only learn from other talented, like-minded women, but also to hopefully get my business name out there a little bit more.

When I first joined this group, I was nervous and I felt super awkward. I was by far the youngest one in the group and I knew no one. But that’s the thing about networking. For many, it means stepping outside your comfort zone, getting to know new people by taking initiative, and using your voice and establishing a presence.

Oh, and four years later, I am now president and organizer of our women-owned business networking group, and we conduct regular meetings and sessions all dedicated to the power of face-to-face networking.

The only way you will fail is if you give up.

As an entrepreneur, you will often be misunderstood. Many will think that you are a workaholic, that you have no life, or that you are just crazy – or maybe even all of the above. Family and friends will not understand why you work late every night, or why you work weekends or why you need to travel so much. But when you have a burning passion for something or feel the need and drive to succeed, and you simply just do what you love, it isn’t really work.

All in all, it’s these qualities that separate the men from the boys, and the women from the girls.

Wake up early every morning. Start every day off right. Look yourself in the mirror, tell yourself you are awesome, and say, “I can do hard things.”

And when you’re driving home late at night, after a 14-hour day of being on your feet, your mind filled with images, thoughts, and recollections of the day, and your eyes burning to stay awake, remind yourself, “today was hard – but I did it. I really can do hard things.”

How to Celebrate Entrepreneurs’ Day

All in all, I hope you found this blog helpful, moving, and maybe even inspiring. I did not share my stories with you to simply talk about myself or my achievements, but rather to show you, my beloved audience, that through determination, perseverance, patience and hard work, you can reach your own dreams and goals. If I can do it, you can.

So today, Entrepreneurs’ Day, thank someone for their awesome achievements, their mentors, their jobs, or even the shoes on their feet. Regardless of whether you are an entrepreneur or an everyday individual, Entrepreneurs’ Day should mean something to you. And to end with another one of my favorite quotes, “Whether you think you can or you can’t, you’re right.” – Henry Ford